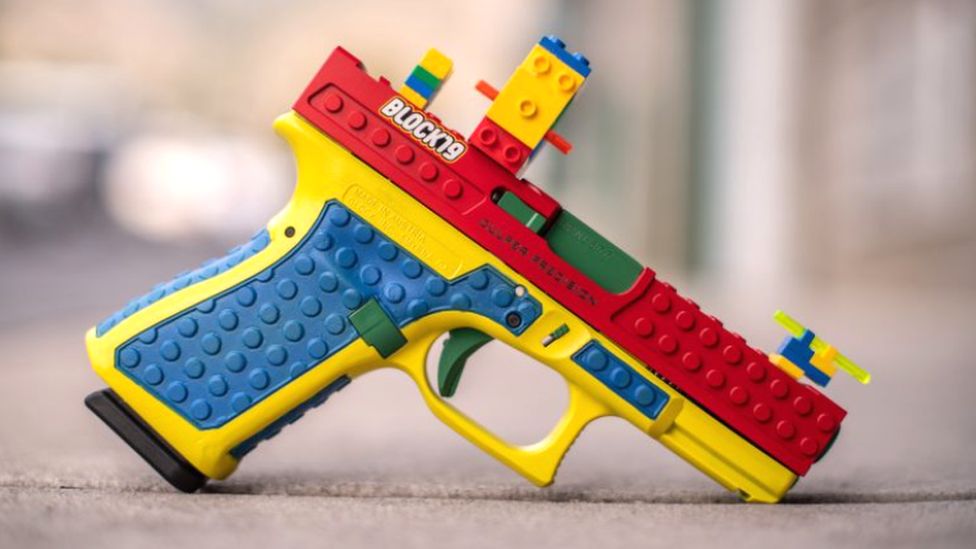 A US gun company is facing a backlash for producing a pistol that looks like a children’s toy made of Lego.

Culper Precision said its customised Glock weapon, named Block19, was developed to “highlight the pure enjoyment of the shooting sports”.

But Danish toymaker Lego has written to the company demanding that it stop producing the weapon, which is covered in what looks like Lego bricks.

Gun control campaigners described the pistol as irresponsible and dangerous.

Shannon Watts, of the Everytown for Gun Safety campaign group, said her organisation had contacted Lego about the customised Block19 last week, and that the Danish company had then sent a “cease and desist” letter to Culper Precision.

Ms Watts also criticised the gun company, which is based in Utah, saying there was a risk that children may be drawn to use firearms “even when guns don’t look like toys”.

Culper Precision said in a statement that it had chosen to release the Block19 in an attempt to show that guns were “for everyone” and that “owning and shooting firearms responsibly is a really enjoyable activity”.

It added that the firearm could only be purchased by those legally permitted to own a gun.

Culper Precision president Brandon Scott told the Washington Post newspaper that after discussions with a lawyer he decided to comply with the request from Lego.

The weapon appears to have since been removed from the gun manufacturer’s website.

It is illegal in the US to produce a children’s toy that precisely resembles a real gun, but the laws do not explicitly prevent manufacturers from making a gun that resembles a toy.

Accidents involving children and firearms are on the increase in the US. More than 140 people were killed in such gun-related incidents last year.