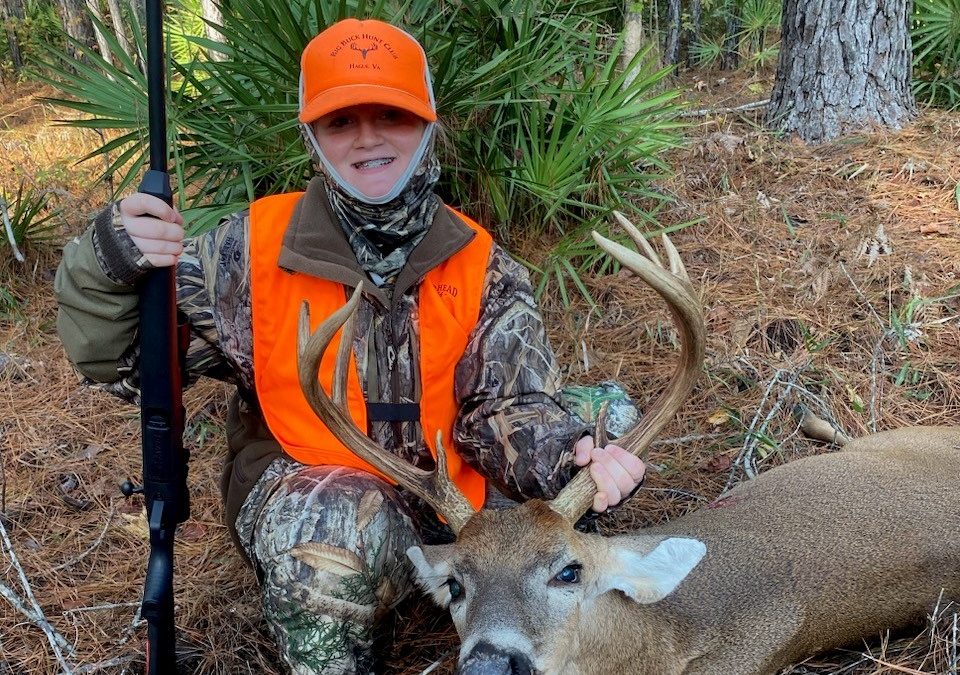 Lillian Bowe of Clearwater, Florida, was hunting with her dad, Thomas Bowe, when she shot this Whitetail Buck at Approximately 40 yards using a Savage Axis .243 rifle with 3-9×40 Weaver scope.

This buck was taken at St. Marks Wildlife Refuge in Wakulla, Florida. It was Lilli’s 4th time deer hunting and Thomas believes it should have been her second deer, but maybe she was just holding out for this stud.

She didn’t disappoint with a clean kill resulting in an 8 yards dash into the palm frond, where they found him shortly after. Thomas has been super pumped ever since, and says he will enjoy every cent paid to Doods Taxidermy of Springhill, Florida. Great Job Lilli Bowe we are all very proud of you!!

Because of its affordability, the AXIS is often a hunter’s first introduction to the world of Savage. We believe that it should reflect the reliability and accuracy for which Savage is known.

In case you are wondering how they managed to produce the AXIS in America and save you money while still maintaining quality and performance, here’s the secret: The designers didn’t create a less expensive rifle. They created a more efficient way of making a Savage.